Did you know puzzling improves our use of the trial and error method, problem-solving skills, critical thinking, and visual/spatial reasoning skills? Particularly challenging puzzles can even change the patterns of brain activity. Most brain activity follows certain specific pathways, including when you’re puzzling. However, if you begin a jigsaw, crossword, or Sudoku that’s above your usual skill level, you will probably have to activate some new parts of your brain in order to solve it. But what’s really going on up in our noggins that allows all of this to occur? The answer is still not entirely clear, even though psychologists and other professionals have been studying the thinking involved in solving puzzles for decades. Marcel Danesi, a professor of semiotics and anthropology at the University of Toronto and the author of “The Total Brain Workout: 450 Puzzles to Sharpen Your Mind, Improve Your Memory, and Keep Your Brain Fit,” is one of them. After working with brain-damaged children in Italy in the mid-1980s, he became interested in what exactly happens in the human mind when puzzling. 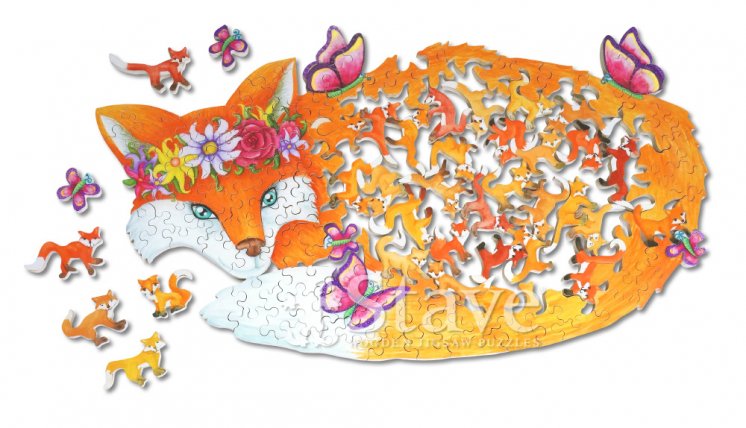 Kit & Kaboodle, by Elyse DeNeige Danesi often speaks and writes about the suggestion that puzzles can improve cognitive function and help prevent the loss of brainpower. Puzzling is thought to reinforce the connection between existing brain cells and form new ones, which improves memory. If you’re a puzzler, you have probably felt yourself using memory to complete a jigsaw. Remembering shapes, sizes, and colors is key to visualizing pieces and where they fit in. Then, upon each successful placement of a piece, you experience an "aha moment.” While many people have personal experience with these feelings, and society generally believes that the more hobbies you participate in that require deeper thinking the more likely you will be able to stay sharp as you age, most of the supporting evidence is merely anecdotal. Now, that doesn’t necessarily mean the evidence is invalid. It’s simply lacking in hard and fast statistics. In fact, Danesi himself has puzzle success stories. “There is little doubt in my mind that puzzles are beneficial, ambiguous empirical findings aside. I saw this with my own eyes within my own family,” he wrote in a Psychology Today article. “I once suggested to an ailing relative, who suffered from a serious brain-degenerative disease, to engage in crosswords and Sudoku. He had never done puzzles in his life. His doctor immediately saw a significant slowing down of the degeneration. The relative eventually died of the disease, but I am convinced that his newly-found passion for puzzles delayed his eventual loss of consciousness.”

The Green Dancer, by Edgar Degas Even Rob Gronkowski, star tight end who helped the New England Patriots win three Super Bowls, has his own anecdotal evidence. Gronkowski estimates he has suffered at least 20 concussions throughout his career. The physical and emotional toll football took on his body has been cited as a factor in his decision to retire early in 2019. After that, one of the hobbies he picked up was puzzling, which he claims has helped him recover mentally and has improved his problem-solving skills. He spent a year consciously taking care of himself, puzzling being a part of that, and in 2020 he felt well enough to come back and play for the Tampa Bay Buccaneers! Now, there are a few things psychologists know for sure are happening in the brain when we puzzle... It’s true that nobody can say, “If you puzzle, you will not get Alzheimer’s.” Well, anybody can say that, but there is not enough empirical evidence to back it up currently. What we do know is that puzzling is a rewarding hobby that certainly requires you to use your brain. Also, most importantly, it’s fun! [caption id="attachment_2641" align="alignnone" width="1195"]

Photo from our April 2019 Puzzle Party Weekend at Triple Creek Ranch in Montana![/caption]
Compare up to 3 items
Compare